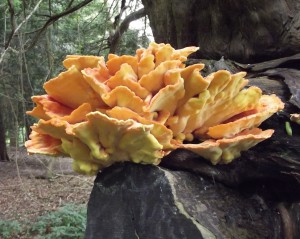 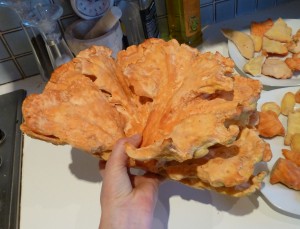 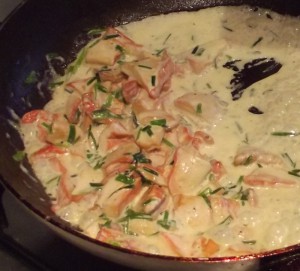 6 thoughts on “Chyewks! (chickens of the wood, on yew)”