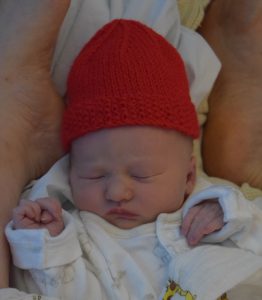 There have been two rather special arrivals in the Dann household in the last few days, one very new and the other very old. The new one is our daughter, and first child (for me, at the age of 49!), Dorothy Heather, who was born in the small hours of yesterday morning.

I passed much of the time spent waiting in the delivery room reading the very old one: The Useful Plants of Great Britain: A Treatise, written by C. Pierpoint Johnson, illustrated by John E. Sowerby and published in 1862. For anybody interested in the history of foraging and the other uses of wild plants, it doesn’t get any more fascinating than this. Johnson was one of the leading botanical authors of his time, and the publisher 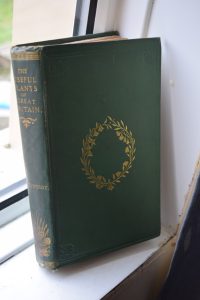 (Robert Hardwicke) was the leading publisher of medical and scientific books in the third quarter of the 19th century. The book is very well researched and written, covering several hundred plants, as well as a few seaweeds and fungi. It is about 350 pages long, and includes 25 colour plates at the back of the book, with illustrations of the most important of the species covered. It is in effect, a mid-19th-century version of Richard Mabey’s Food for Free, although that classic modern foraging book is almost entirely about food, rather than the myriad other uses of wild plants.

The book has one foot in the modern world, and one foot in the pre-scientific past, especially regarding the medical terminology. So you’ll have one sentence explaining the active chemical constituent of some plant, perfectly understandable and accurate from a modern biochemical point of view, and then an account of its properties that belong to a different age (“The Comfrey is slightly astringent, and was formerly regarded as a vulnerary, but its styptic qualities are very slight.”), etc… 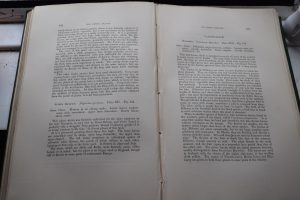 Every page contains little gems – snippets of information I never knew about plants I am very familiar with. Hogweed, for example, is “greatly relished by cattle”, so much so that its name in the book is “Cow Parsnip”, “although it has never been cultivated for fodder.” Johnson informs us that in Siberia, a spirit is distilled from the stalks, which contain high levels of sugar. He then goes on to admonish the Russians for their “addiction” to the strong stuff, although he tells us that the smoking of opium poppy in China is “no worse than a strong tobacco.” The Chinese government didn’t see it that way, of course. It is obvious that the book was written from the perspective of a confident Britain as it rose to the peak of Empire (it was the British who were peddling poppies to the Chinese, of course). The author tells us quite a bit about plants that had been imported from various colonial outposts, and native British species that hard started to run amok after being introduced abroad. 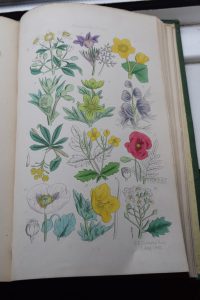 Some edible species were very common in Johnson’s day, but are now hard to find in the wild. Barberry, for example, could be found in hedgerows all over the British countryside, but at the time of writing the folk knowledge that the presence of Barberry was bad news for a wheat crop was already suspected of having some scientific basis, and not long after the book was written, Barberry was systematically exterminated because it was proven to be a secondary host of a fungus that devastates wheat. Others, such as the non-native seaweed Japanese Wireweed (Sargassum muticum), had only just established a foot-hold in the British Isles, but are now rampant all over the place.

It is a shame the book has not been reissued, because while I am sure many modern-day foragers would find it as interesting as I do, not many of them will be sufficiently interested to pay the considerable sums of money that sellers of antique books are asking for copies of this 1862 hardback. There is one big advantage of books that are so long out of print: nobody cares about the copyright. I am therefore free to leave you to enjoy the introduction. 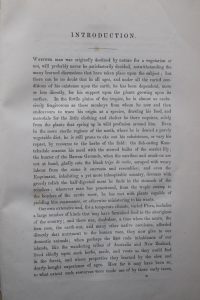 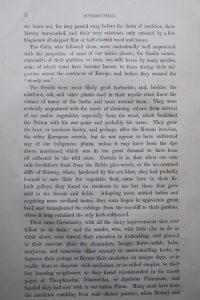 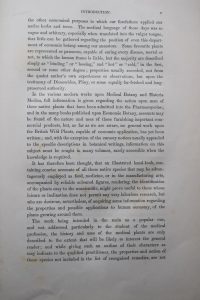 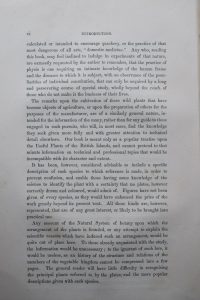