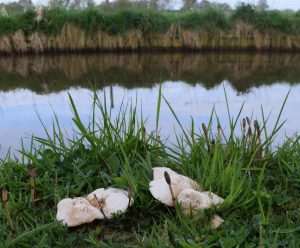 I have just returned from a week spent cruising the prettiest of Britain’s canals – the Llangollen, which runs from Hurleston in Cheshire to Llangollen in north Wales. This was my third holiday on this waterway (I love canals almost as much as I love fungi…), but the first time I’ve done it in spring, and I have learned something new about St George’s Mushrooms. This species can turn up in all sorts of places, but it has a liking for some habitats in particular. One of these, apparently, is the towpath of the Llangollen canal. I lost count of how many I passed last week (more than twenty lots), and almost all of them were in precisely the same habitat: the area between steel piling lining the canal, and the path itself. None were growing on parts of the towpath without piling, none were 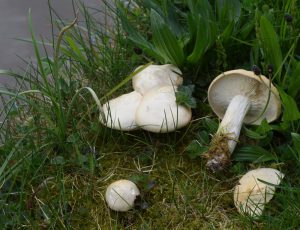 St George’s Mushrooms. The Ribwort Plantain (Plantago lanceolata) in the top right of this photo is also edible.

on the worn down area that people walk on, and only one group were on the far side of the path, away from the canal. What is it about this precise habitat that they like so much? Are they as plentiful in the same habitat on other canals? I don’t know the answers to these questions and I’d be interested to hear from anybody who does.

Judging by the reports I’m getting from other parts of the country, it is a bit patchy for St George’s this year. The reason is fairly obvious: it has been very dry and in many places the ground is totally parched. We need some rain. I’ve personally seen none at all yet down south, although one or two other people have seen a few. They are more plentiful further north in the British Isles, where it has been a bit wetter. 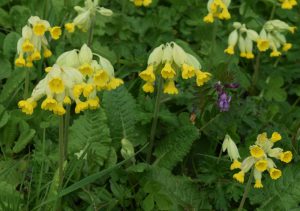 There was no shortage of other foragables available, of course. Here are some of the best.

A lot of wild flowers are edible. Picking Cowslips is frowned on in some quarters – they aren’t as common as they once were. But they are definitely edible, and used to be popular candied, or even just eaten fresh with cream. 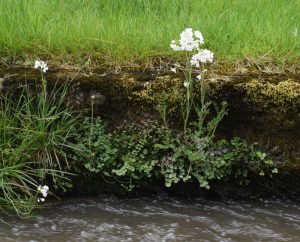 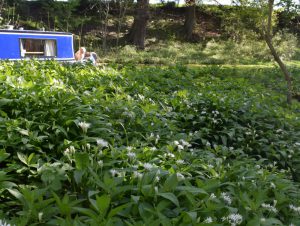 Lady’s Smock is typically found in meadows, but is happy to take up residence by the side of a lock overflow channel.

Ramsons (aka “Wild Garlic”) were abundant at the Welsh end of the canal, not so much at the English end. The combination of Ramsons and St George’s Mushrooms works well. 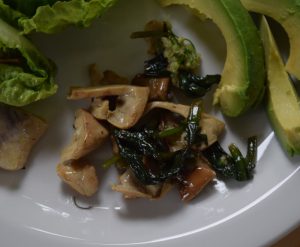 Chop the St George’s Mushrooms and fry for 5 minutes in olive oil. Season with salt and pepper, then add chopped Ramsons leaves and fry for another minute or two. Allow to cool, then add lemon juice and Lady’s Smock flowers. Serve chilled. 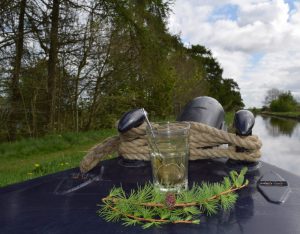 There are quite a lot of Larch trees lining the towpath of the Llangollen, and these can provide two sorts of food. The soft inner bark is edible, and can be ground and used like flour. In spring, the fresh needles (Larch is deciduous, and re-grows its needles each year) can be made into a tea which has a number of claimed medical properties, including being high in vitamin C and “expelling flatulence”. 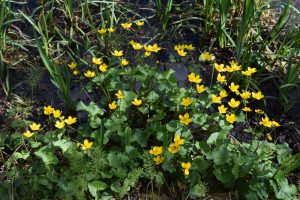 Marsh Marigolds were also very abundant. This species is slightly toxic and should not be consumed in large quantities, but the young leaves are edible and the unopened flower buds can be pickled and used like capers. 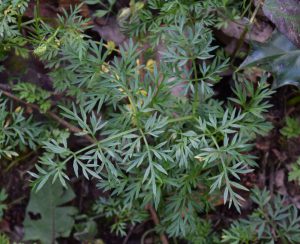 In some shady areas there were pignuts on the towpath. These have tasty tubers (the “nuts”), which can be found by following the stem underground. The tubers are frequently not directly under the plant, and the base of the stem is rather fragile, so finding them is not always as easy as you think it is going to be. 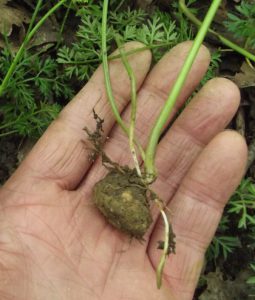 It is illegal to uproot wild plants without the landowner’s permission, so I left the ones I found last week – the picture of the tubers is from a couple of years ago. 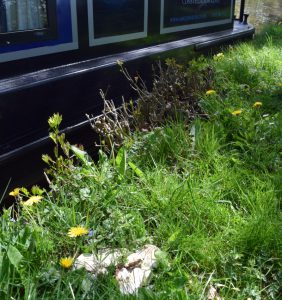 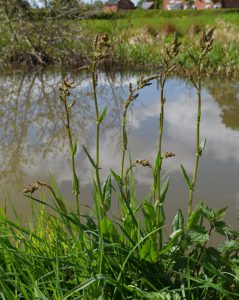 Sorrel is a well-known edible wild plant, and reasonably common along the towpath of the Llangollen canal. 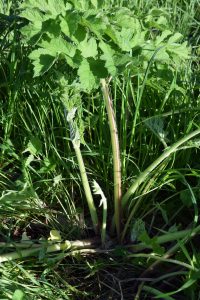 Hogweed is extremely common on uncultivated land all over the British Isles. It is a bit of an overlooked delicacy, and at its best right now, as it produces its most vigorous leaf shoots. These should be cooked in butter – loads of it. Just keep adding more butter to the frying pan until it doesn’t soak any more up! 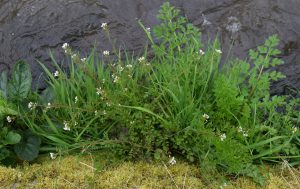 Wavy Bitter-cress (Cardamine flexuosa) and Hemlock Water-dropwort (Oenanthe crocata). Dinner and death, side by side.

The last plant picture is of two species, growing side by side on one of the overflow channels that carry water past the locks on this canal (the canal is used to transport water from the River Dee to the reservoir at Hurleston, so these overflow channels are always full of fast-flowing water). On the left is Wavy Bittercress – an excellent edible salad leaf, often found in damp places, that isn’t particularly bitter, despite its name. On the right is the most dangerous toxic wild plant in the UK, measured by the number of deaths and serious cases of poisoning – Hemlock Water-dropwort, which can be mistaken for various edible members of its family (Apiaceae), most notably Wild Celery, which also lives in an aquatic habitat. 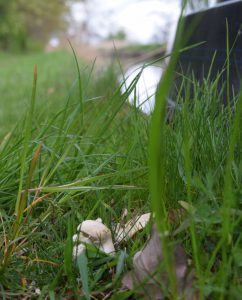 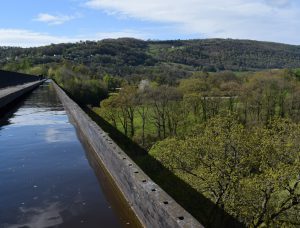 And finally, no blog about a holiday on the Llangollen Canal would be complete without a picture of the most spectacular aqueduct on the planet: Pontcysyllte (“pont-ker-sulth-tee”). With nothing but half an inch of lead between the boat and a sheer 120ft drop to the Dee valley, it is enough to give modern-day health-and-safety officials nightmares. Telford’s masterpiece was already something of a white elephant when it was completed, because it cost so much to build that no money was left to complete the rest of the proposed main line of the canal to Chester, and because in the decade between its inception and completion, cheaper sources of coal had been discovered than those in the hills to the north of the aqueduct. Worth every penny, though.