Fungi season kicks off in the south 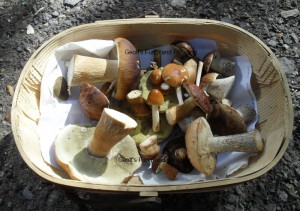 It’s only a month late. After the worst September in the south of England for fungi in many years, it is finally all kicking off. In fact if we are talking variety of fungi actually found compared to what I was expecting, this morning’s session was the best for many years. I started by warning my foraging students to expect to find very little, but we found bay boletes, penny buns, chanterelles, beefsteaks, plenty of brown birch boletes, parasols, horse mushrooms, a wide variety of russulas and several sorts of Amanita including some rare ones, chicken of the woods, white-laced shanks, spindle shanks, spotted toughshanks and quite a lot of other things also.  I’ve also had reports of giant puffballs coming through – very late for those.

When is a ban not a ban?

It has now become apparent that what was reported as a “ban” on fungi foraging in the New Forest is nothing of the sort. As admitted verbally in an interview on “You and Yours” on Radio 4 a few days ago, and now in writing in the comments section of this blog: https://anewnatureblog.wordpress.com/2016/09/05/look-but-dont-pick-wild-mushrooms-and-the-forestry-commission-guest-blog-by-peter-marren/#comments, the Forestry Commission has no power to enfore the “ban”.  It is entirely voluntary, and anybody is free to ignore it. The only thing they can actually stop is commercial picking, which was already illegal.

First print run of the new book arrives in the UK 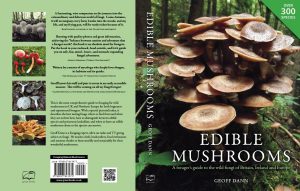 Finally, the initial printing of my new book Edible Mushrooms: a forager’s guide to the wild fungi of Britain, Ireland and Europe has now arrived on British soil. Not long to wait now! I hope to send out the first signed copies (to people who’ve already paid me for them) in the next few days. Please contact me by email if you’d like to buy one.